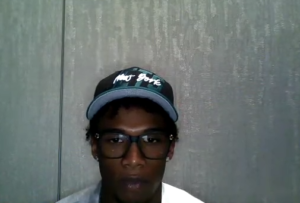 Brian Costello, New York Post: Garrett, just what’s your feeling about being drafted by the Jets?

It’s a feeling of insane excitement, I’m really excitement. I went up to New York, probably a month and a half ago for the first time ever, and here I am about to set some roots there. I’m really excited to be a part of the Jets.

Mark Cannizzaro, New York Post: Hey Garrett, what is your impression of whatever you’ve seen of Zach (Wilson) and what kind of a team do you think you can be with him?

I think he’s got a lot of talent, I think he’s got a lot, especially arm talent. I remember watching his pro day last year and it was a really good pro day, I feel like he approaches the game the right way and I’m excited to get up there and start getting some reps with Zach.

Brian Costello, New York Post: Garrett, what do you feel like your strengths are as a player?

I didn’t get anything particularly. You kind of go through the process. It’s a lot of the same vibe from different teams, so it’s hard to tell. I came into tonight not knowing where I was going to end up. I was so nervous. When I got that call, it was just a feeling of relief and excitement. I’m just so blessed. I was just really excited, I can’t say I knew it was going to go like this.

DJ Bien-Aime, New York Daily News: Garrett, on film, one thing that you do really well is separate. So, what really goes into your ability to create separation against defensive backs?

Just having a plan. I feel like when you’re matching up against good players, you got to go to the line of scrimmage with a plan. You can’t just go out there and try to run around somebody or not get on shoulders and stuff like that. So, I try to get on shoulders and make the DB uncomfortable. I don’t want to be right in front of them, making moves and stuff like that. There’s a lot of nuances to running routes and I’m excited to keep learning under Coach (Mike) LaFleur, the offensive coordinator, and Coach (Miles) Austin as the receivers coach.

Connor Hughes, The Athletic: Garrett, where do you feel more comfortable playing? Or is there a preference that you have whether it’s outside, inside, just where you’re comfortable out on the field?

I feel just as comfortable inside as out. I like being wherever the offense calls for.

Mark Cannizzaro, New York Post: Garrett, how aware are you of the Jet history, the fact that they haven’t been to the playoffs in 12 years now and there’s a lot of you young guys that are kind of charged to try to change that? Are you aware of their history at all, their recent history?

I’m definitely aware, I’ve always been a football fan. I’ve watched football since I was five years old, probably before that honestly. I’m aware of the history, but I want to focus on what’s going to happen now and what’s going to happen this next season. We just got to try to put our best foot forward and build. That’s what I plan to do.

Brian Costello, New York Post: Do you know Sauce Gardner at all?

Yeah, I got to spend some time with him this week.

(follow up) What do you think about being teammates with him now?

I’m excited, I’m excited. I feel like we’re both competitors and I can’t wait to match up at practice and get to work. It’ll be good for both of us. Iron sharpens iron. I know he’s a great player and I’m excited to come in with him and try to start this thing off on the right foot.

DJ Bien-Aime, New York Daily News: Garrett, you and Elijah Moore, you guys have the same trainer. Have you ever been able to spend some time and train with Elijah? If not, what are some of your thoughts on Elijah?

I never actually trained with Elijah, but I did see him down in Arizona this offseason and got to dap it up and talk to him for a while. He’s a good person, real good person. I know he’s a great player, I’ve seen him tape. I remember his tape in high school even at the opening with one-on-one’s and stuff. I know he’s a great player, I was happy to see him get healthy towards the end of the season last year and ball out. I feel like we complement each other well and I’m excited to put in work with him, for sure.

I feel like, being a football player and the way I carry myself, I hold myself to be able to adapt. I’ve played in a lot of different offenses and Coach LaFleur’s offense is unique as well and I’m excited to be able to be involved with it. I remember when he came from the 49ers and similar offense. I’m excited to get involved.