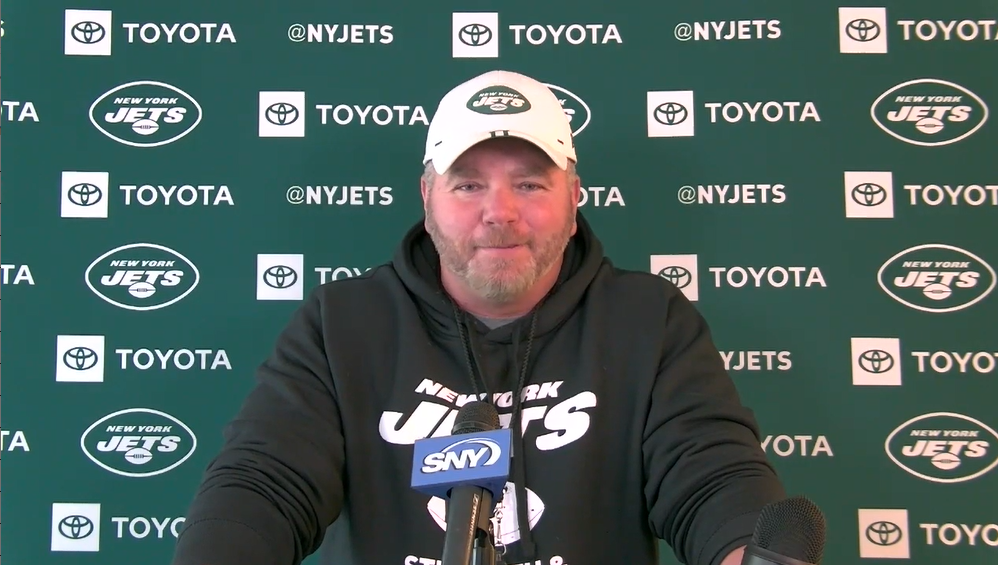 Brian Costello, New York Post: Brant, was there a common problem on the two blocked kicks? Was it the same thing?
This is a kid’s rated show, so I’ll try to temper what I say here. It was a collaboration of things. We gave up a little too much pressure inside, a little bit of a low kick, and then we had to sub a guy right at the last second to get him in there on the second one. I think we can certainly do a better job. All it is stopping the inside pressure. They didn’t get that much push, and that’s the thing, not enough to usually block a kick. So, we definitely got to get that fixed before this week. Obviously, that can’t happen, ever, and it happened twice in one game. So, needless to say, I’m not happy about it, that’s for sure.

Rich Cimini, ESPN: Brant, what are some of the positives that you could take away from this year, special teams wise as a whole?
I don’t know. I think that the guys have rallied together. I think there’s a lot of guys in and out every week. There’s certainly not a ton, to be honest with you. That’s just my own self-evaluation. I expect better from this crew and myself. I’m not happy with how things went. Regardless of situations and how many guys we’ve had to play and things like that, we’ve got to do better. It’s a situation where we’ve had a revolving door returner, and finally Corey (Ballentine) has come in and he’s doing a nice job. And we’ve played multiple gunners. The guys are rallying. They’ve played hard, I’m proud of how they’ve played, because they haven’t given up, a lot of teams would give up. I’m proud of how their effort is outstanding every week, so I can’t fault them for that. That’s one thing I will say. Certainly, it’s not up to our standards in the return game. It’s not up to our standards covering punts like we’d want to. I think we gave up a return here or there, and Braden (Mann) has had to save the play. And so, there’s not a ton, to be honest with you. I’m just proud of their effort and how they’ve rallied back. And they haven’t blinked one time since all this COVID stuff, and they’ve worked hard to do all that stuff. That I am proud about. The guys that have had to come in on short notice and play and everything, they have played hard. We just got to continue to get better, and hopefully as these guys play together, we’ll see what happens.

Brian Costello, New York Post: Brant, on the last kickoff, was Sam (Ficken) trying to angle that or something where it went out of bounds or he just…
No, he just came around on it with his foot. It was just a normal kickoff. And he knows that especially in that point in the game and stuff like that, that that can’t happen. Unfortunately, it did, and we put ourselves in a bad spot. And like I said, it’s one of those games that as a coordinator that you cringe every time. You see it across the league and you’re like, ‘Oh damn, it was his week. Damn, it was his week.’ You know? And it was our week last week. It was inexcusable, not good enough, and that’s on me.