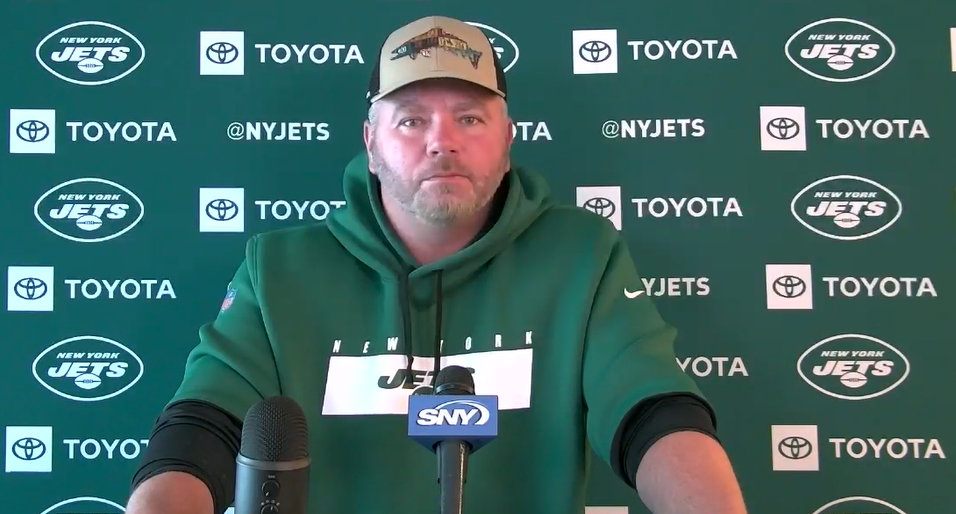 Brian Costello, New York Post: Brant, with the misses by Sergio (Castillo) on Sunday, how much of it was physical, how much was mental? What did you see there?
You know, I think, like I said, last week, I just didn’t think he was keeping his head down enough. I think his follow-through was a little short. And the thing with all players, at any position, if you have one bad play, you got to put it behind you and go to the next. It doesn’t matter if you’re a corner, you’re a linebacker, you’re a lineman, it doesn’t matter, especially a kicker, where it’s a lot mentally. You can’t let one bad play turn into two, two turn into three, three turn into four. And then, next thing you know, it’s terrible. It’s just like a snowball rolling downhill. He’s just got to get that fixed and part of his game, and I’m confident that he’ll do that. But it’s definitely something that we could have been in a one-score ball game going into half there, and when we’ve got to convert, and that’s on us, and just got to make those kicks. And that’s what it comes down to.

Brian Costello, New York Post: What’s your kicker situation right now for this week?
Well, we’ll see how it plays out. Sam (Ficken) looks pretty good so far, and we just added Chase (McLaughlin), and Chase has got some talent. So, we’ll see where it takes us so far, but Sam kicked pretty good the other day, and we’ll see what happens.

Brian Costello, New York Post: Is (Corey) Ballantine showing you something with returns now?
He is. You can see he’s got some talent. Obviously, he’s very fast. It’s just trying to get him to run the tracks that we like and everything like that, and he’s doing a really nice job. I think that there are starting to be some continuity a little bit with a few of the same guys in that are blocking for him, and that really helps. Hopefully, he continues to do that. And certainly, we need that part of our game and give our offense some really good field position and give them some short fields.

Andy Vasquez, The Record: Can you tell us about Chase? And how has he looked so far?
He hasn’t been in yet. He’s just been in meetings. So, yeah, I think he can come in on Friday or something like that. But I’ve talked to him, and he’s a great kid. He’s a talented kid. I’ve watched him before a bunch of times, so he’s a talented kid.