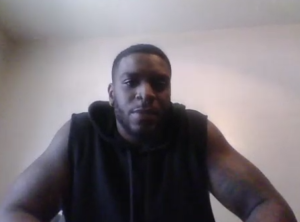 Brian Costello, New York Post: Micheal, what’s your reaction to getting drafted by the Jets?

I’m extremely grateful. I’m really excited to get up there to contribute to the organization.

Connor Hughes, The Athletic: What was your interaction with them during the pre-draft process? Were they one of the teams that showed the most interest? Did you kind of have an idea you might be coming here?

I did an interview with the New York Jets. It was really an interview just to get to know me as a person. We talked some football there at the end. I knew they had interest. It was still up in the air whether or not they had this much interest.

Connor Hughes, The Athletic: One of the reasons, Micheal, that you slipped a little bit in this year’s draft were just some of the off the field concerns that it kind of happened during college. What were you telling teams or what did you tell teams when they asked you about them to kind of put you at ease that that’s just in the past and it’s not who you are as a person or what’s going to happen in the future?

When you look at my character, that was a onetime incident. Things like that didn’t happen over the course of my life. I’ve been in trouble with the law once and that’s not who I am, it’s not what my character shows. It’s in the past now and I’ve learned from it and I’m moving forward.

Joey Chandler, NJ Advance Media: Joe Douglas earlier was describing you as someone he would describe as very tough. What do you think it is about your toughness that kind of stood out to Douglas and the Jets?
I think that’s who I am as a person, that’s who I am as a player. I’m always making sure I’m going out there and showing that to others in everything that I’m doing. There’s a lot of things that come into that.