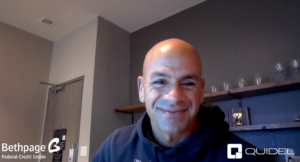 Opening Statement: Good afternoon. So, (Jamison) Crowder, he’s going to be up to the wire on Sunday. Elijah Riley is going to be out. Sorting out the safety stuff, we’re leaning on a couple of guys, it’s just something I’m not going to announce today.

Dennis Waszak, Associated Press: Robert, how are you feeling?

I feel good, I feel good. Just hanging out in my little room.

Brian Costello, New York Post: Robert, what’s the process for you to be able to coach Sunday right now?

Took my test this morning. I’ve got to get two negatives, that would be today and tomorrow. We’re proceeding as if I’m not coaching on Sunday. If I do come up with two negatives, it would be an easy adjustment but we’re operating as if I will not be there Sunday.

The frustrating part is not being able to be there for practice and then obviously I’m still going to hope for Sunday. It’s frustrating, but at the same time it’s things that everybody’s having to deal with.

(follow up) Everything okay at home? You got a lot of little ones there at home, that’s the scary part of this whole thing.

No, it is. This whole thing stemmed from four of my little ones have COVID. Knock on wood, symptom free, so they’re actually clearing just in time to rejoin the rest of the family during Christmas, so that’s good.

Brian Costello, New York Post: Robert, why Ron Middleton? Obviously, you thought about this before, but why was he the contingency plan?

Ron has been in this league for a very long time. Obviously, I don’t want to say it to belittle it or anything like that but I just want everyone to doing their jobs as they would in regards to coordinators and all that. But Ron knows this league, he’s an unbelievable man, unbelievable in terms of philosophy and just being able to talk to and bounce some ideas off of. He’s been around the ringer. So, there’s plenty of guys on the staff that are qualified for it, it was just something I chose with Ron.

Dan leberfeld, Jets Confidential: What can you tell us about the two new safeties this week? I know you’re not going to announce who’s playing and who’s starting, but the two new guys you added?

(Will) Parks and (Kai) Nacua, I think we added a couple of more. But as far as Nacua, obviously we had him in San Francisco, hard-nosed, very smart, instinctive, BYU kid. He was a pleasure to have in San Francisco last year. Obviously with Parks, he has a lot of experience in this league, he has experience in our system, similar systems, obviously running it in Philadelphia with Marquand Manuel and having some of that recall. So, there’s familiarity, obviously, and experience which was important.

Al Iannazzone, Newsday: Robert, I know you activated two guys today from the COVID list, do you anticipate any other possibly coming back before Sunday, do you know that yet?

No, it’s not looking like it. If something does, just like mine, we have to get a couple negatives here in the next couple of days, so I’ll have a much better answer for you guys this evening.

Brian Costello, New York Post: Robert, teams deal with adversity and kind of guys going in and out of the lineup all the time, but the safety position, have you ever kind of had this type of situations where you’re going to have two new starters and possibly one who’s been here for four days?

No, Matt Burke does an around the league session for the guys on Fridays and he talked about, is it Joe Johnson for the Celtics, signing up, they’re giving these 10-day contracts in the NBA because of the stuff that they’re going through. But the message in it was that there’s a lot of guys getting opportunities that they never would have once had. So, yes, COVID is absolutely tragic. I don’t want to mitigate that. But through tragedy, there’s always opportunity and there’s a bunch of guys who, at that safety position, are getting the opportunity that they would not have had. So, we’re excited for these guys to get those opps, but it is, Brick (Jeff Ulbrich) said it yesterday, it’s new territory. It’s definitely new territory.

Dennis Waszak, Associated Press: Robert, Jeff was talking about some of those guys and I think (Brian) Cos(tello) asked him (Jason) Pinnock and how you guys kind of saw in him some of the skills that kind of make him a free safety type? Was that what you saw early on in camp and just what did you see from him?

With Pinnock, knock on wood, but the corner position, we’ve been really excited about. Pinnock, obviously we drafted him to be a corner, but a lot of guys were in that area. We just look at Pinnock, his size, length, speed, his athleticism, we’re like man, he’d be a really cool free safety, Jimmy Ward-type in our system. So, we’ve only been training him there only for about a month, so I don’t know if we expected him to get thrown out there. We’ve been kind of sprinkling it in throughout games, but he’s going to get the full gambit, hopefully this week, but we’ll see.

Brian Costello, New York Post: Robert, is there any part of you that says this game shouldn’t be played Sunday, that it should be moved to Monday or Tuesday?

No, it’s not my decision to make. We’re preparing for Jacksonville unless someone says otherwise.

Brian Costello, New York Post: How do you feel about the guard position right now, too, that’s the other one that’s been kind of hit there?

GVR (Greg Van Roten), obviously, he’ll be able to step in. He’s been a starter in this league, I’m sure he’s really chomping at the bit to get back into a starting role. With (Dan) Feeney at the other spot, I know he’s been wanting an opportunity, so again, great opportunity for those two, especially in a game that we’re going to have on Sunday. Really good opportunity for them to showcase who they are and what their skillset is and dominate.

Al Iannazzone, Newsday: Robert, as a team, how do you expect your guys to respond amid this adversity that they have right now?

Adversity, everyone has to go through adversity. I think, just watching practice, talking to the guys, going through staff meetings and just jumping in and out of all the different individual meetings, guys are in a great place. They’re practicing hard, fully expect them to go out and give it everything they’ve got, because at the end of the day, that’s what we’re judged on, is to be able to go out on the football field, put out our absolute best effort and whatever the result is, it is. Really excited, again, adversity is what shapes everything. Obviously, this whole season has been filled with adversity, and why not finish it with a little bit more.

Brian Costello, New York Post: Robert, we’ve talked so much about Zach’s development. Are you concerned at all, now he’s going to be out there, he’s going to be missing two of his linemen, he’s missing, I don’t know about Jamison, but if Jamison can’t go he’s missing his three starting wide receivers? (Ryan) Griffin is out, he’s missing basically his number one tight end. Are you just worried about how this affects him?

That’s a great question, Cos. He is in such a great place mentally. I wish you guys could be there every day when we have all these conversations from Week One until now, he’s in such a great head space. I think he’s really understanding the concept of keep the main thing the main thing, and the main thing is him doing his job to the best of his ability, having great tempo, great footwork, great eye placement, and getting the ball where it needs to go and whatever the result is, it is. Is it a little bit more difficult because of the lack of continuity with all the different pieces coming in and out of the lineup? Yeah, it’s difficult, but at the same time, his job is to do his best because, I promise, the guys who are getting the opportunity to play are going to give him everything they’ve got. If he’s worried about anything other than doing his job and getting the ball where it needs to go, then it could be a problem. I think he’s in such a great space mentally, I think he’ll thrive from this.

Connor Hughes, The Athletic: When we talked to Mike LaFleur Robert, yesterday, he said he talked a lot about how Zach last week said he wanted to play more “free,” that was kind of his goal and what he wanted to do that week and LaFleur said he saw it a little bit. Have you seen that? I mean what kind of goes into a quarterback playing like quote-un-quote free?

When you look at Zach, I’m not going to reference all the quarterbacks, I’m just going to talk Zach here, everyone has been documenting hero ball, boring ball, all these different, whatever labels we want to give, but the reality is Zach has, like we said, a superpower. His superpower is to be able to go off schedule and do things that other quarterbacks can’t, but before accessing that superpower, he’s got to be able to play in rhythm. Now, what I think a lot of people saw is his desire to play in rhythm was so firm, I guess, for lack of a better word. I mean it was so strong that he wanted to be, he wanted to go through the rhythm of the play that it would lock him up and he wouldn’t go off schedule and he would get stuck. And I think over the last couple of weeks, starting even with the Saints game, you see someone who is hitting his back foot, going through his progression and then finding ways to exit the pocket and create off schedule. He’s done that a few weeks now. So, I think he’s starting to find that balance of playing within rhythm, but also going off script when the situation calls for it. So, when you talk about playing free, I think him unlocking that and just playing more free, like don’t be a robot, just play quarterback and go play ball.

Dennis Waszak, Associated Press: Robert, we were talking to Quinnen (Williams) yesterday and he’s a guy with injury that might sideline a lot of guys, and he just wants to keep playing. He said he’s got a plan with the medical staff and all that, but what does that show you, you guys as a staff, as a coaching staff, a guy who probably doesn’t need to play, especially with what’s gone on this season, and he just wants to be out there?

Zack Braziller, New York Post: Robert, what do you expect Sunday to be like if you can’t, if you aren’t out there? What will that be like for you?

I had a good talk with Kevin Stefanski. I said, ‘Hey man, what’s the protocol for this one?’ He said, “Well, everything is going to be fine. It’s all virtual anyways. You’re just going to miss practice, but Sunday is going to be miserable.” So, I’m looking for misery. (laughter)