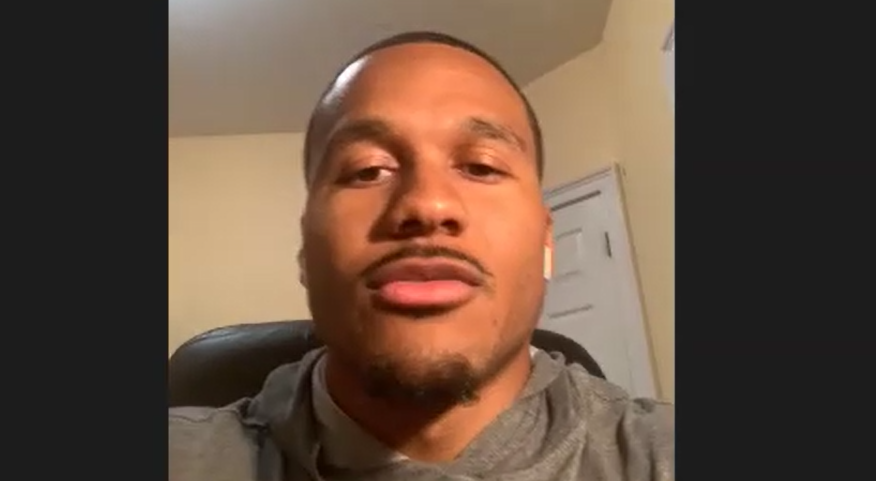 Connor Hughes, The Athletic: Michael, have you ever met the other Michael Carter?

Yeah, yeah, yeah. We’ve met a few times and spoken and had conversations. He’s a great dude, cool dude. We actually trained at the same facility in this pre-draft process. So, got to know him a little bit. He’s an awesome dude.

Brian Costello, New York Post: Michael, I know you played a few different spots. Where do you think you’ll end up playing in the NFL? Have the Jets told you anything during the pre-draft process?

J.P. Pelzman, Forbes: Michael, what do you know about this defensive system?

I know that they want to play a lot of man and that’s what we did a lot of that Duke and I was real happy to get that call and I feel like I’m definitely going to fit right in.

Yeah, a few times. He got the best of me one time, I can’t lie, but yeah, yeah, yeah. We went up against each other a few times, so I’m excited to be on the same team as him.

I played every special teams at Duke to being on kickoff, covering kicks, what we call attack, kick return, returning kicks, and even blocking on kicks, and then being a gunner on punt and cut blocking, punt return as well. So, throughout my four years, I’ve done all those things and every year I’ve been on at least two, three special teams.

Dan Leberfeld, Jets Confidential: What did you think back in high school, as far as baseball or football, why did you go in the direction of football?

Yeah, I think just coming into high school, I was really seeing myself develop into a really good football player. And obviously I played baseball all my life and was real good at baseball and did the travel ball thing, but for me it was more about just focusing on developing this athleticism into a skill, and so that’s why I kind of connected with football and then stopped playing travel ball. I still played for the school throughout high school, but I started to be driven more towards being the best football player I could be. And then that included in the offseason, starting to train and going to camps and things like that. So that’s kind of how I made that transition, but still love baseball, as well.

Dan Leberfeld, Jets Confidential: And how important were the academics as far as choosing Duke as your college? I know you’ve already graduated.

Yeah, very important. That was a lot of what factored into my decision of going to Duke, especially growing up in my house, school was always first and then sports. So, without good grades, you couldn’t play sports. So, that stuck with me, and then when I got to Duke and was still having a great academic career as well as a football career at Duke as well, so I just wanted to make sure I was being great on the football field and off the football field.

J.P. Pelzman, Forbes: You think it will help you making this transition to the NFL, the fact it seemed you played a lot of different kind of roles at Duke? You seemed to play all over the place at the back end. Do you think that will help?

Yes, sir. I think it most definitely it’ll help, and just my ability to pick up on things quickly and learn fast and be able to jump in at different spots. And just being able to be versatile and do whatever is asked of me, it’ll definitely pay off and pay dividends in in the NFL as well.

Dan Leberfeld, Jets Confidential: From what you understand, what is the transition like from college corner to NFL corner? You’ve been studying it the last few months, the things you could get away with in college that you can’t get away with in the NFL, what have you been focusing on?

Definitely. (In college), I think you can get away with, down the field, having hands on or a receiver, the grabbing, the hand fighting, and things like that. A lot of that, that’s hands off in the NFL, that’s automatic flags. So breaking those habits in training making sure I’m always in the best position possible to play the ball and receiver, and then just adjusting to the speed and then obviously a new playbook and things like that, learning that will obviously be an adjustment, but I’m ready to take on those challenges.

Brian Costello, New York Post: Michael, could you give us a scouting report on the other Michael Carter having gone against him?

Yeah. Great running back, contact balance off the charts, catching the ball, versatile back as well. You can ask a lot of him and he can do a lot for a team. So, I think he’s going to definitely make an impact.