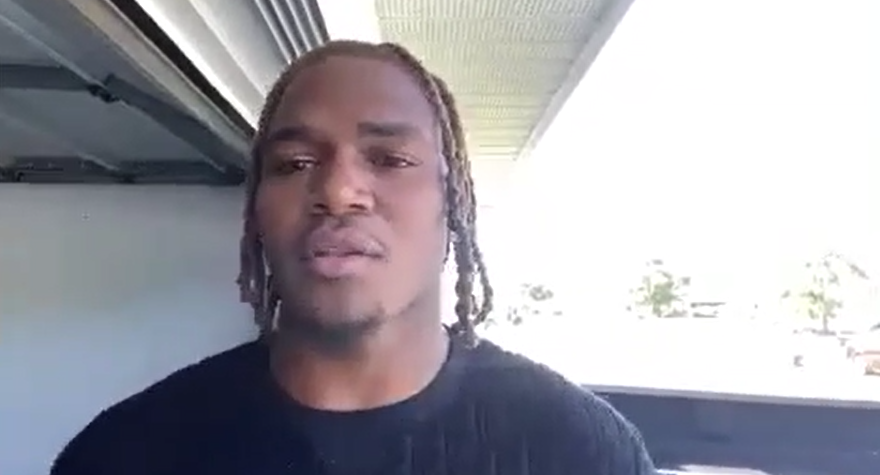 Connor Hughes, The Athletic: Congratulations on getting drafted. Obviously. I think you played all over the place a little bit in college. The Jets are listing you as a linebacker. I mean, how comfortable are you playing that position? I’m more than comfortable. At the end of the day I’m a football player. My versatility got me here, so, they could put me at defensive end corner. I got told in the last interview. I’m just going to go out there and make plays.

Rich Cimini, ESPN: Can you describe the different ways they used you at Auburn, different roles, different positions, type stuff like that?

Yes, sir. So, we have multiple packages, like on first or second down I was at safety, depending on what the call was. Either I was in the middle of the field or I was a roll down safety and the flat area. Some calls I’m a stretch half or just a half field player or in the thirds, on third downs. That’s when I actually do move down to the weak side linebacker and I get my chances to blitz, go make plays in the backfield, shed blocks and tackles, and just be a ballplayer.

Brian Costello, New York Post: Jamien, I just saw someone, Mel Kiper, I think, was saying you’re the best tackler he saw. How much pride you take in your tackling ability?

I take pride in that a lot. Being a safety, you’re the last line of defense. So, that’s just stopping touchdowns. You do everything you can for your team. Whenever I get my chance to make a tackle, I make it.

Connor Hughes, The Athletic: Looking at the pro-day numbers, I think you weighed in or played last year at like 216, 217, something like that. If you want to play a little bit more linebacker in the NFL, do you think you want to put on any additional weight, or do you like 216?

Brian Costello, New York Post: Jamien, what was your interaction like with the Jets during this pre-draft process? We had a couple of interactions. They showed me a lot of interest. I felt the interest and at the end of the day I was hoping that they picked me up and they did.